Added partial Controller support: Move with the left joystick, Jump with A, Slow down with B, Pause with the start button.

Android support added back for this version.

Play more than 70 premade levels with different themes. There are a couple of basic worlds and also themed ones!

Most worlds are accessable from the start, but some you have to unlock in the shop. 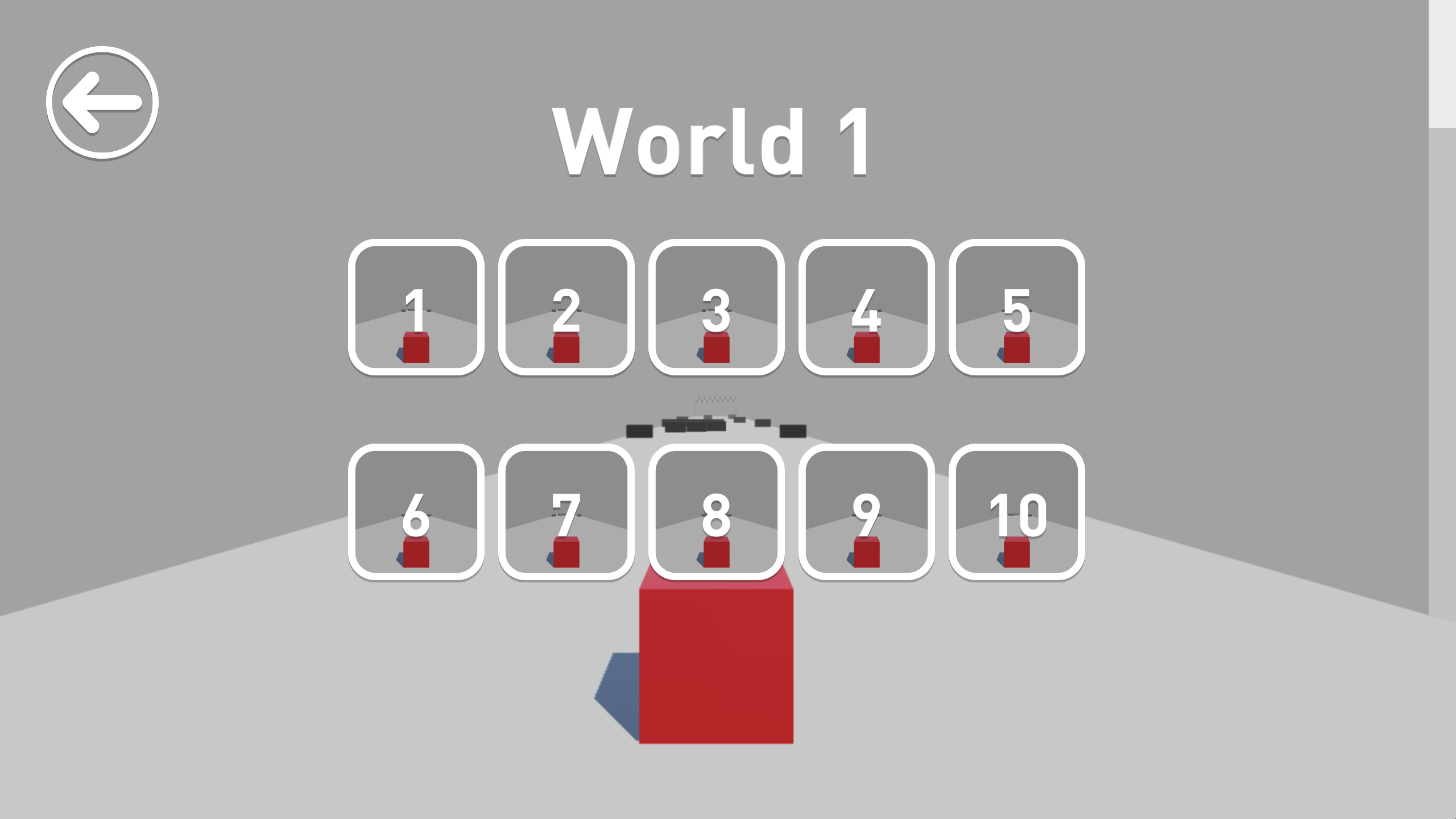 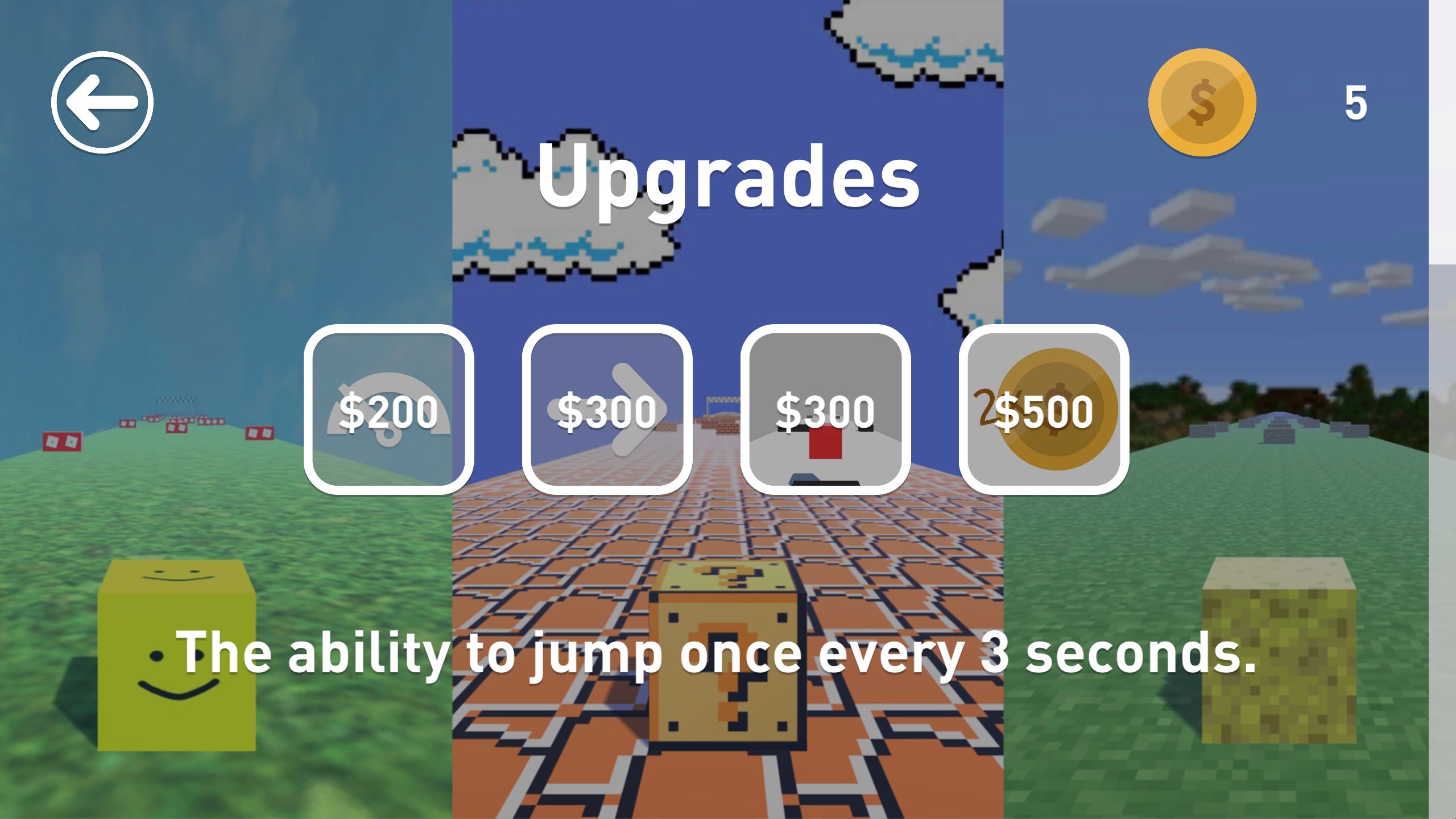 In the shop you can buy upgrades, worlds, skins and colors! There's even a skin that changes color. You can buy these items with coins.

Collect coins by completing quests. These quests can be completed by doing certain actions in the game.

More quests will be added soon! 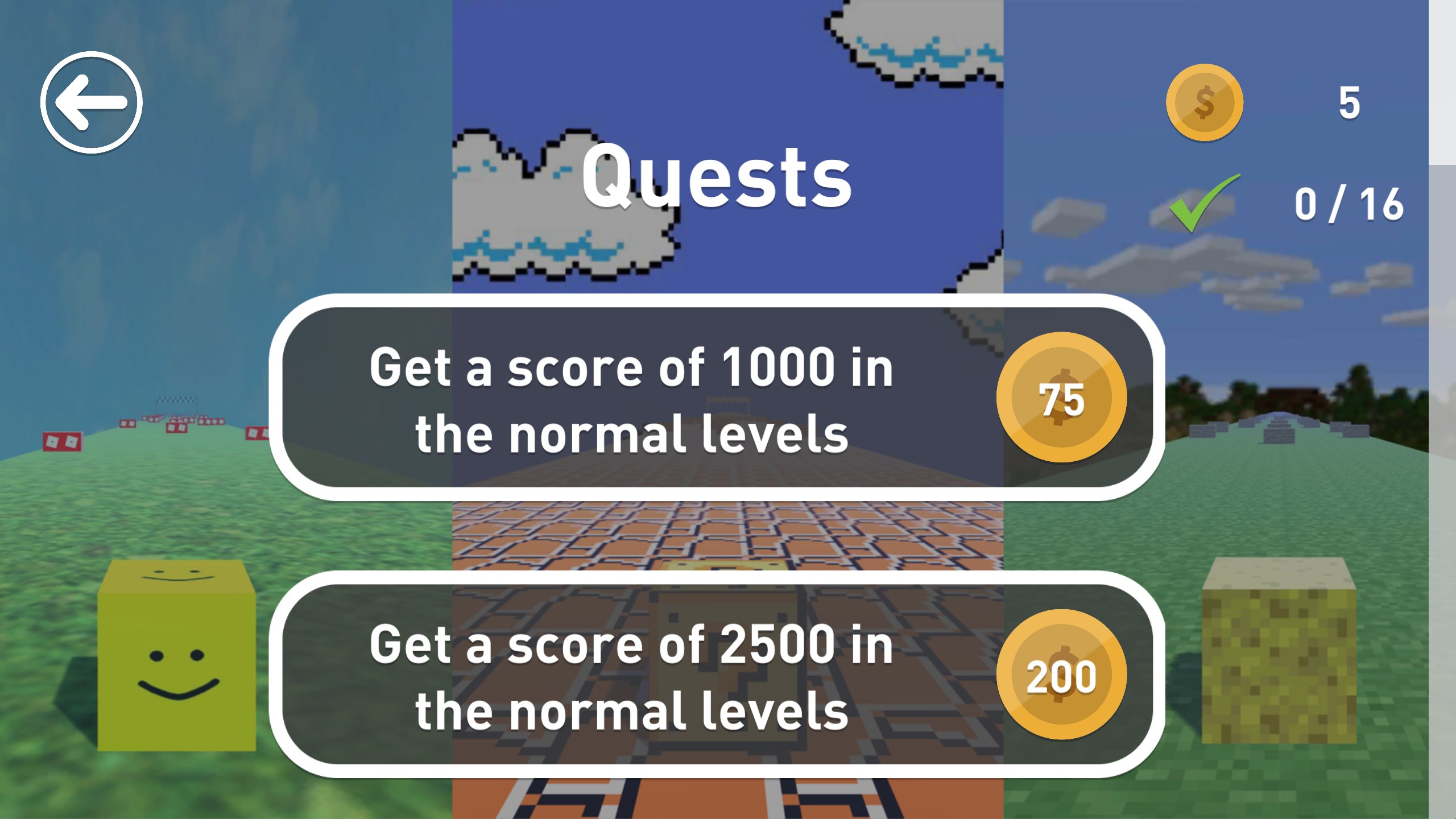 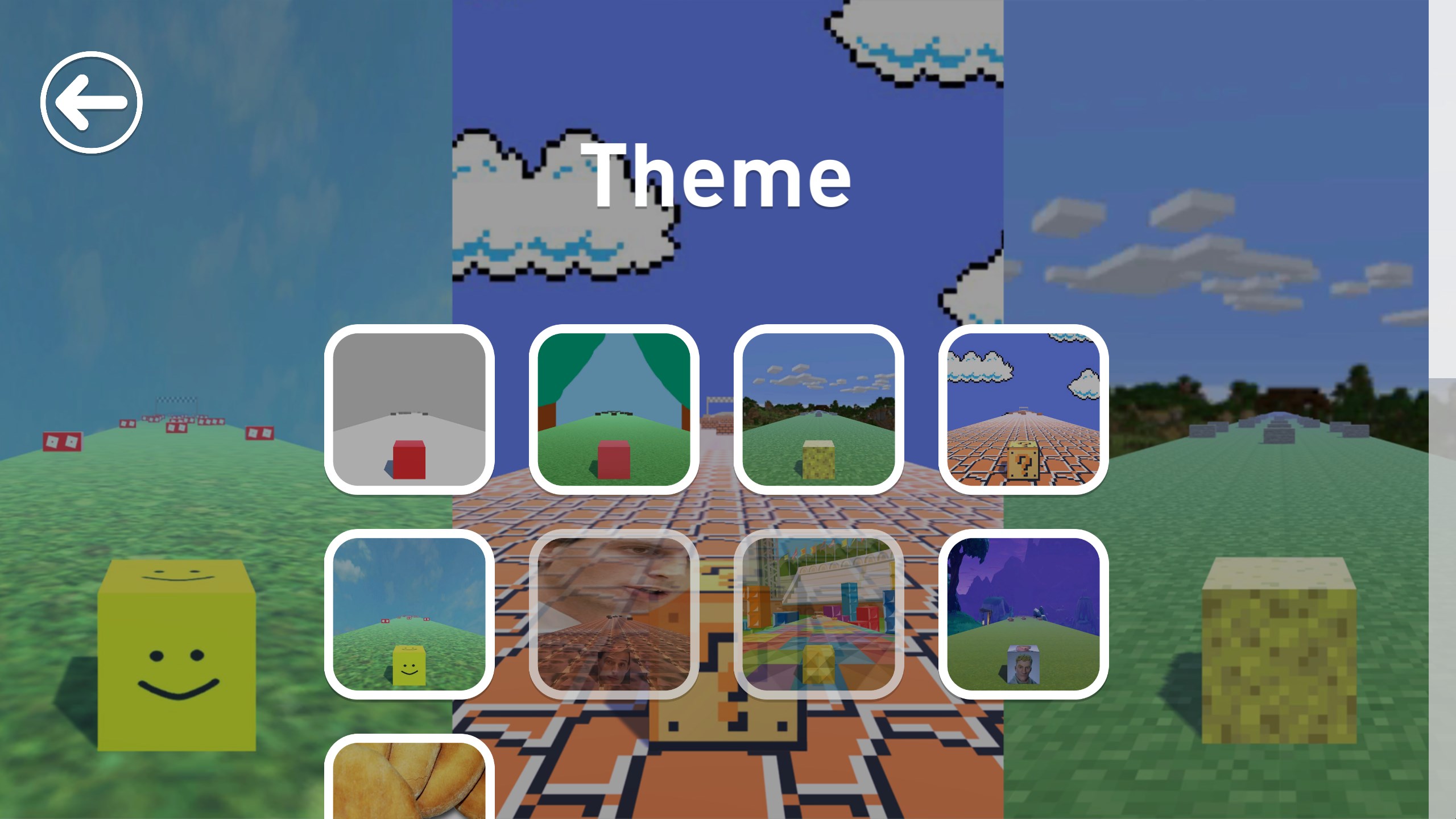 Are the premade levels not enough for you? There are also infinite levels!

Choose a theme and difficulty and an infinite random level will be generated.